On August 1, 2016 Enbridge, Inc. announced that they were investing in the Dakota Access Pipeline (DAPL), and that once the deal was done, they would be abandoning the Sandpiper Line that was to run through northern Minnesota and the White Earth Reservation, and hook up with the Twin 66 that cuts across Wisconsin. 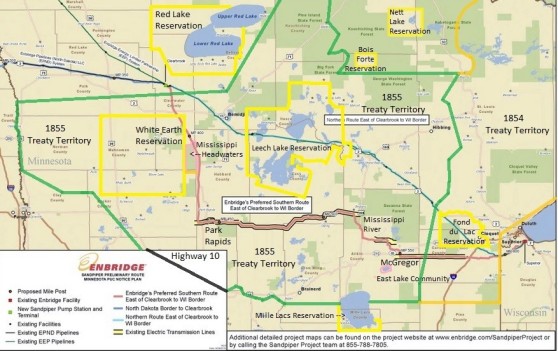 Over the past several years, a well-organized resistance led by Winona LaDuke and Honor the Earth has forced Enbridge to abandon the Sandpiper Pipeline. DAPL, however, is being met with an even greater resistance, as members of First Nation tribes are gathering in unprecedented numbers at the Standing Rock Sioux’s Sacred Stone Camp, a water protector camp at the site of where the DAPL is slated to cross beneath the Missouri River. What started as a small group in April has grown to 1500-2000 people from all over the world who have come to stand united in defense of the water. 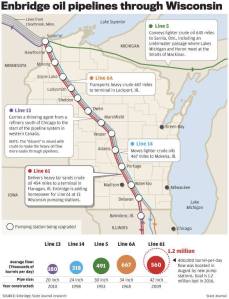 This summer, another group of water protectors walked the Twin 66 pipeline, Enbridge’s project that was to run through Wisconsin. With the Sandpiper all but abandon, expansion on the Twin 66 is likely to halt as well. But water protectors spoke at a press conference on July 6, 2016 on the site of the Enbridge/Namekagon River crossing. Ironically, it was there that Gaylord Nelson came in the 1960s to announce the Namekagon River being named as a wild and historic river and protected by federal laws.

A hearing is being held in Washington DC on August 24th to determine the outcome of the current standoff in North Dakota. The Standing Rock Sioux filed a motion for preliminary injunction to force the U.S. Army of Corps of Engineers to withdraw its approval for the project.

After that, members of the camp will be prepared to dig into their resistance and prepare for a long winter.